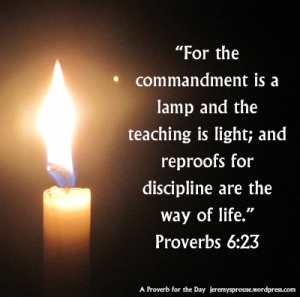 How do you start to describe the one person most responsible for launching you on the path that has defined you for nearly a quarter century?

I never had any great desire to be a classroom teacher until I found myself under the tutelage of Rabbi Ephraim Oratz, whose unparalleled pedagogic genius and vast reservoir of Torah knowledge inspired me to embark upon my career as a rebbe.  Whatever I have accomplished in the field of Torah education is primarily because of him.

Rav Oratz was — if I may be permitted to use the term — the ultimate Torah-Renaissance man.  He possessed the passion of the Amshinover chassidim, the yekkishe precision of the German Jews, the academic discipline of the Lithuanian scholars, and the worldly nobility of Rav Samson Rafael Hirsch, all rolled up — as Rav Shraga Feivel Mendelovitz would say — into one selfless, total servant of the Almighty.

Rav Oratz was truly of the old school, with countless stories about growing up in the post-depression years, about learning and teaching in the old American day school system, about playing stickball on the streets of New York.  He told me once how his father had to go out every Monday morning to find new employment, because his Sabbath-observance cost him his job time and time again.  More incredibly, Rav Oratz didn’t learn of this until years later; his parents kept the children in the dark so they wouldn’t feel insecure.

In our coddled generation, that kind of mesiras nefesh — self-sacrifice — is almost entirely forgotten.

Coddling was one term absent from Rav Oratz’s educational lexicon.  He understood with every fiber of his being that self-esteem is not given, it is acquired by learning discipline and discovering the joy that comes from struggle and success.  He never acknowledged good work with exuberant cries of excellent, fantastic, or well done.  Instead he responded with a silent nod, a quick smile, a short nu, nu or, on one extraordinary occasion, with not bad, not bad at all.  That was high praise indeed.

Rav Oratz would arrive exactly two minutes before each class, replace his hat with his yarmulke in one smooth, practiced motion, then look inscrutably around the room, which was usually less than half full when it was time to begin.  On one occasion, when there were only two of us present on time, he looked at me and asked, “Is something else going on this evening?”

I shrugged my shoulders.  Rav Oratz shook his head.  “Just one of those things I guess I’ll never understand,” he said.

There weren’t many things Rav Oratz didn’t understand.  In two years of classes I never heard him unable to answer a question, although he could hold his tongue indefinitely when he wanted us to come up with the answers on our own.

“Wouldn’t you have hated to have him as a rebbe?” a member of the Ohr LaGolah leadership-training program once commented — after Rav Oratz was safely out of earshot.

“Wouldn’t you love to have had him as a rebbe now?” I shot back.

There’s nothing more inspirational than witnessing a true master do something as well as it can be done.  Watching Rav Oratz teach made me want to be a teacher.  That was it.  My course in life was set, without prompting, without a sales pitch, with just enough encouragement to convince me that I could succeed if I put my heart into it.  And I wanted nothing more than to do what he could do, even if I did it only half as well as he could.

“If you aren’t devoted to chinuch,” he once said to us, “please find a different profession.  You can make more money doing almost anything else, and there’s no telling how much damage you might do if you go into teaching for the wrong reasons.”

Rav Oratz had little patience for shoddiness, whether in teaching or in life.  He had too many stories of classroom incompetence, and followed up one particularly distressing narrative by muttering, “A beheima (animal) of a rebbe.”

He recounted the time one teenager walked into his class wearing tight jeans and his shirt half unbuttoned, his hair slicked back, and “those things” — massive air-sneakers — on his feet.

Rav Oratz:  “Have you looked at yourself in the mirror today?”

Rav Oratz:  “Did you see tzelem Elokim (the image of God)?”

He also taught me my signature phrase.  “Of course it makes sense; you just don’t understand it.”

After a few failed attempts, Rav Oratz devised a creative way to cure girls — at least partially — of their feverish note-taking, which generally took the form of compulsive stenography.  After saying over the same point five times in his class lecture, he asked one poor girl to read from her notes.

The discomfited student began reading.  After a few moments, Rav Oratz interrupted to say, “You just repeated yourself.”  Uncomprehending, the girl explained that she was just reading what she had written.

“Okay,” said Rav Oratz, “go ahead.”  The student resumed, but only for a moment.  “You just repeated yourself again,” interrupted Rav Oratz.  Again, the confused girl pleaded that she was only reading what the rebbe had taught.

It took one more volley before another girl hissed, “Ooh, you tricked us!”

“Now we’re making progress,” Rav Oratz replied.  He never wanted to merely teach his students information.  He wanted to teach them how to learn and make them love learning so that they would never want to stop.

Then there was his distinctive way of dealing with latecomers.  When a student came in during class, Rav Oratz would stop mid-sentence and follow the offender with his eyes until he had taken his place, pause for one beat, then continue where he had left off.  Most memorable was the time a student came in only moments after he had explained this technique, allowing him to demonstrate, to (almost) everyone’s delight, and to the latecomer’s consternation.

Subtlety was all to Rav Oratz.  When high-school girls questioned the wisdom behind shemiras negiah (the rules of “hands off” between the sexes) and asked why it was such a big deal if boys and girls held hands, his answer was priceless:

“It’s not a big deal at all.  But you know it doesn’t stop at holding hands.  First he’s holding your hand; then his hand is around your arm; then it moves to your back;  then he’s stroking your hair.”

“The same way he pets his dog.”

Pause while making petting motions in the air.

Every word was delivered with dry, dispassionate, clinical objectivity.

Rav Oratz did allow a shadow of emotion to creep over his face when he talked about the resistance of yeshiva administrators to fire drills.  “They all have the same rationale,” he would say.  “Torah is a shemira.  I tell them they can say that after they’ve had to shepherd a class of little children down from the third floor of a smoke-filled building.”

When my first book, Dawn to Destiny, was in pre-production, Judaica Press contacted Rav Oratz and asked him to edit it.  The publisher later told me that he was less-than-enthusiastic.  But when Rav Oratz learned that the author was a former student, he agreed immediately.

Several weeks later, I called him to discuss his critique.  He began by raising an objection to the first sentence of the introduction.  This is going to be a long phone call, I told myself.  And it was.  But the finished product came out so much the better for having gone through Rav Oratz’s trial-by-fire.

It took me 17 years to get back to Israel after completing Ohr LaGolah.  At my earliest opportunity, I went to see Rav Oratz and thank him for all he had done for me.

His response was completely in character.  “Adaraba,” he said.  Just the opposite.

And it was especially sweet when my daughter went off to learn in Israel at Darchei Binah seminary:  there’s something indescribable about having your child learn from your rebbe.  I imagine that it’s even sweeter to teach the children of your students.

A generation comes and a generation goes; the sun also rises, and it sets.  Rav Oratz returned to the yeshiva d’rakiya last Shabbos, moving on to enjoy the rewards of a life devoted to the children of his people.  And our world has grown darker as we try to carry the torch and safeguard the light of Torah for the generations yet to come.

May his neshoma have an aliyah and his family be comforted among the mourners of Tzion and Yerushalayim.

By Yonason Goldson in Education and Childraising on December 1, 2015.
← Spiritual Gridlock The End of Awe →