Behind the Hero on the Screen 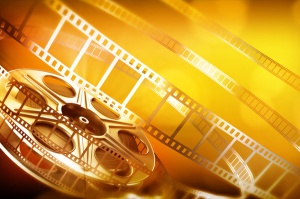 In the aftermath of this weekend’s Academy Awards Ceremony, I’m revisiting these thoughts from 2009.  If you didn’t follow the link when I posted it a few weeks ago, now you have another chance.

Which of the following quotes does not belong with the others:

It is not what I am underneath, but what I do that defines me.

It is a far, far better thing that I do than I have ever done before.

Literary mavens will quickly identify the third quote as different from the first two for several reasons. First, it was written in the 19th century, where the others were written in the 21st. Second, it is a line from novel, where the others are lines from motion pictures. And third, it is the only one of the three not spoken by a Marvel Comic superhero.

On a more substantive level, however, all three have very much in common.

The first of the three is spoken by Bruce Wayne in his guise as Batman, explaining away his public playboy persona as a device to conceal his secret identity. The second is spoken by Peter Parker, aka Spiderman, explaining why he is walking away from the woman he loves in order to protect her from the enemies that would try to strike at him through the people closest to him.

The third quote is the closing line of Charles Dickens’s classic A Tale of Two Cities, in which the heretofore-undistinguished Sydney Carton expresses his love for Lucie Darnay by taking the place of her husband, Charles, and suffering death by guillotine so that Charles might live.

All three quotes issue from heroes who not only do great things at personal risk, but who sacrifice life, love, and reputation for a higher ideal. From a brooding moralizer like Dickens, we expect nothing less. From Hollywood scriptwriters and producers, however, we expect anything else.

As the Oscar season descends upon us, its worth reflecting that Hollywood is known as Tinsel Town for good reason. Glitz, superficiality, and immediate gratification have become synonymous with the land responsible for most of today’s entertainment industry. Revolving door marriages and divorces, infidelity, and recreational drugs are only the most obvious symptoms of a culture that glorifies the pursuit of pleasure and the deification of personal autonomy.

Predictably, the film industry can be counted on to turn out major motion pictures that are thinly veiled propaganda pieces. Such unmemorable productions as Brokeback Mountain, Lions for Lambs, and The Good Shepherd may have curried favor with Hollywood politicos eager to promote alternative lifestyles or government conspiracy theories, but the movie-going public has shown considerably more enthusiasm for traditional good versus-evil-stories in which good triumphs in the end. (For the record, haven’t seen either Brokeback Mountain or Lions for Lambs.)

If box office receipts are any indication, there can be no doubt that audiences will choose classic heroism every time. The musings of a couple of culturally conflicted cowboys on the open plain can hardly compete with such memorable moments as the President of the United States (played by Harrison Ford) throwing an international terrorist out the cargo hold of his plane in Air Force One or Kevin Kline’s presidential impersonator cutting government pork at a cabinet meeting to save funding for an orphanage in Dave.

That Hollywood did in fact release such movies as Batman Begins, Spiderman, and Air Force One, however, reveals an insight into Left Coast Culture that is at once obvious and surprising.

What is obvious is that money trumps ideology. When all is said and done, filmmakers would rather see increased revenues than the spread of counter-culture ideology. Fair enough. But what is truly remarkable is how well they understand the nobility, the selflessness, and the heroism of personal sacrifice that are so often at the heart of successful moviemaking.

Once upon a time, heroism in Hollywood was the norm. But we don’t have to go all the way back to Humphrey Bogart’s “the problems of three little people don’t add up to hill of beans” speech in Casablanca when he gives up Ingrid Bergman. When Helen Hunt refused to abandon her family for Tom Hanks in Cast Away, when Kelly McGillis refused to abandon her Amish community for Harrison Ford in Witness, when Robert Redford emptied out of his life’s savings to rescue Brad Pitt in Spy Games, the positive resolution of their inner conflicts provided some of the most powerful emotional climaxes in modern cinema. And let’s not forget this year’s biggest hit, The Dark Knight, in which Batman takes the blame for murder to allow Gotham City to keep its illusion of hope.

Perhaps the culture of make-believe that turns out movies of heroism is incapable of believing in either real heroism or the values that turn ordinary people into heroes. Why else would they persist in churning out so many ideological flops in between traditionalist blockbusters? One almost feels sorry for the creative geniuses that can portray such compelling drama on the screen but seem incapable of applying it to the reality of their lives.

And so [man] finds himself truly in the midst of a raging battle, in which all the matters of the material world, whether good or evil, serve as trials for man. Poverty confronts him on the one side and wealth on the other… comfort on the one side, and suffering on the other, until he faces a battlefront before him and behind. But if he will be valiant and prevail against his adversaries on every side, then he will become a Complete Man.

Movies can remind us of the moral battles we face constantly in our own lives between what we know and what we feel, between what is right and what is pleasing, between rising to each new challenge or abdicating struggle for the line of least resistance. We rejoice when silver screen heroes emerge triumphant from their inner struggles, for they remind us that we too can emerge triumphant. But we despair when they fail, for they remind us how easily we too can fall prey to our inner demons.
It’s ironic that Hollywood filmmakers can describe the human condition so vividly with so little understanding of it. Perhaps they should watch their own movies – the ones that audiences go to see.

Click here to listen to my interview with Christal Frost of WCTM Michigan on the Oscars and racism.

Well, yes, of course they do.  Just like black lives.

But does that mean the white actors don’t?  Just like, as it often seems, white lives don’t?  And what about (alphabetically) Asian, Hispanic, Jewish, and Native American actors?  Do their careers matter?  Do their lives matter?

Don’t ask Kathleen McCartney, the president of Smith College who was coerced into apologizing for having the audacity to send off an email with the provocative subject line “All Lives Matter.”

Apparently, some lives matter more than others.

And now, so do some actors.

It’s more that a little astonishing that, in an article dog-piling on the Motion Picture Academy for its racism, the Daily Beast could still manage to rattle off a list of 18 black Oscar winners and nominees.

(Interestingly, the Beast doesn’t seem to think Halle Berry counts, since she’s half-white.  Kind of like our half-white president.)

Be that as it may, “the last two years have felt like an alarming regression.”

Really?  Isn’t two years is an awfully short time span to constitute a trend of any kind, much less one that could be considered even remotely “alarming”?  But no:  the politics of race and victimization are unbounded by time.

Because, ultimately, it does all come down to politics.

Back in 1971, after delivering one of the greatest screen performances in history, George C. Scott became the first actor ever to refuse an Oscar.  The BBC quoted Mr. Scott as having said that the politics surrounding the awards was “demeaning” and describing the Oscar ceremony as “a two-hour meat parade.”

As the most liberal of all liberal institutions in liberal America, Hollywood continues to produce propaganda pieces despite the inevitability of their box office failures.  Films like Brokeback Mountain and Lions for Lambs may have been well-received for advancing certain political and social agendas, but neither attracted much of an audience.

Sidney Poitier where are you, now that we need you?

Indeed, there’s no limit to Tinseltown’s political correctness; and now there’s no arguing against cinematic affirmative action.  I suppose it won’t be long before every actor has to get a statuette, just like every kid in Little League has to get a trophy.

And what will be after that?  My bet is that it’s only a matter of time before short people file suit claiming discrimination by the NBA.

In the meanwhile, it’s worth revisiting these thoughts on the movie industry from 2009.