Dustin Hoffman and the Miracle of Purim 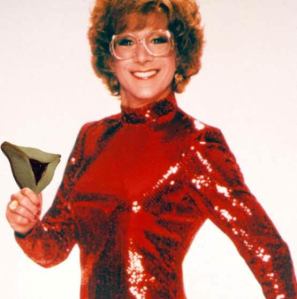 The Festival of Purim may be the most misunderstood celebration in all Jewish tradition. Even the historical background seems to contradict the template of Jewish history and survival.

Confounded in the cultural and spiritual darkness of Persian exile 2372 years ago, the Jewish people faced a calculated plan for genocide beyond anything devised by Adolph Hitler. A conniving King Ahasuerus, inspired by his devious viceroy, Haman, laid out a scheme to exterminate the entire Jewish nation in a single day.

With the full force of the king and his empire turned against them, how could the Jews hold out any hope of salvation?

But in the wink of an eye, literally overnight, Haman fell out of favor and, through an improbable confluence of apparent coincidences, the Jews became the king’s most favored nation while the enemies who conspired to destroy them were themselves destroyed.

And how do Jews commemorate the divine intervention that saved them from annihilation? On this day that the sages equate with Yom Kippur, the Jewish Day of Atonement, we replace fasting with feasting, exchange prayerful reflection for revelry, and eschew the simple white garments of purity for masks and costumes.

Purim becomes a day of backwards and inside-out, of contradictions and reversals, of parties and paradoxes.

In keeping with the counterintuitive practices of Purim, allow me to conscript a pair of latter-day Jewish cognoscenti to dispel confusion with the light of clarity:

River of Fire — More than just a Legend? 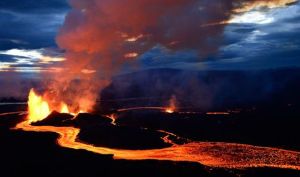 According to Jewish history,  the Assyrian King Sancheriv exiled the ten lost tribes of Israel around 6oo BCE and scattered them throughout his kingdom.

According to legend, the tribes were taken to a land on the far side of the Sambatyon River, which raged with a current so violent that it could not be crossed and, by some accounts, burned with fire.

Needless to say, a river of fire must be a fabrication of pure mythology.

But not if you ask Andrés Ruzo.  In a recent Ted Talk, Dr. Ruzo describes how he followed a family folktale deep into the Amazon forest to discover a river fed by a geothermal hot spring with an average temperature of 86 degrees Celsius.

(Not quite boiling, but much hotter than your extra-hot coffee, which is about 60 degrees.)

Modern technology allows us to do things that were once the realm of science fiction and sorcery.  Modern discoveries are showing us that the legends of the past may have more truth to them than we ever imagined possible.

The Failure of Freedom 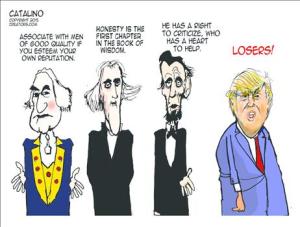 For those who care enough to learn the lessons of history, the echoes of the ancient past can be heard clearly amidst the discord of the chaotic present. If we want to understand the crisis of political leadership that plagues our country and our world, we have only to look back to earliest records of national governance, nearly 3000 years ago.

It was the 9th Century Before the Common Era. 391 years had passed since the Children of Israel first entered their land. For nearly four centuries, Jewish society had been plagued by divisiveness, political instability, and spiritual ambivalence. But at last, after the prophet Samuel spent his entire career teaching the Jews to more deeply respect the law and inspiring them to more profoundly appreciate their national mission, the people united in response to his invocations and dispatched emissaries to ask:

Seemingly, the Jews had finally come to their collective senses, recognizing that all their political and social strife stemmed from a pervasive national attitude in which “every man did what seemed right in his own eyes” (Judges 21:25). Without a strong executive office to pilot the ship of state, without a single voice of authority to bind many into one, the tribes of Israel remained a disconnected confederation of individuals who joined forces only when necessary and turned against one another whenever self-interest clashed with national purpose and identity.

240 years ago, another attempt was made to create a new nation, conceived in liberty, and built upon guiding principles of equality and justice.

Today, that same nation, blessed with more power, prosperity, freedom, and opportunity than any in the history of the modern world, confronts a political system crippled by bloat, inefficiency, and corruption. At a moment in time when we desperately need inspired leadership, we face a contest between a socialist and a sociopath in one party, a narcissist and a curmudgeon in the other. And while the frontrunners serenade us with siren-songs of high-sounding dreams and visions — all deeply divorced from reality — the few aspirants who attempt to set forth concrete policy proposals and plans of action wallow in low single digits.

Why is the electorate so eager to embrace the illusion of leadership and so unwilling to recognize the real hope of positive change?

Virtually everyone has learned about the miracle of Chanukah and the rededication of the Temple in Jerusalem. But the tumultuous 22 years between the Hasmonean victory over the Seleucid Greek army and the establishment of an autonomous Jewish state are not nearly so well known.

In 165 BCE, the same year that the Maccabees recaptured the Temple, Demetrius I succeeded Antiochus IV as ruler of Syria. Immediately, the new monarch sought to consolidate his forces with the soldiers still garrisoned in Jerusalem and with the Hellenist Jews still determined to resist the authority of a Torah government.

The early success of the Maccabees evaporated before the renewed Syrian onslaught. Eleazar, eldest brother of Judah Maccabee, was the first Hasmonean casualty of war, crushed beneath the elephant he believed was carrying the king as he drove his sword upward into its belly during the battle of Beis Zecharyah. Only a year later, after defeating an army ten times greater his own and slaying the Seleucid general Nikanor, Judah Maccabee himself fell in battle as he attempted to defend Jerusalem with only 800 men. Both the capital and the Temple were lost, and Demetrius appointed Bacchides, a particularly cruel Seleucid officer, as governor over Judea.

After Judah’s death, his brother Jonathan assumed command of the Jewish resistance. Vastly outnumbered and in retreat, Jonathan prepared his army to flee across the Jordan river, where he hoped to reorganize his forces. Before he had completed the operation, however, enemy soldiers discovered and surrounded his hideout. Jonathan barely escaped with his life, while his brother Yochanon was captured and killed.

With his forces too weak to mount a conventional assault, Jonathan returned to the guerrilla tactics of the early Hasmonean revolt. Gradually, he rebuilt his strength until his own army attained parity with the Seleucid forces. Recognizing that Bacchides had lost the will to fight, Jonathan took advantage of the stalemate and dispatched messengers with offers of peace. Bacchides accepted, and Jonathan established himself north of Jerusalem in the village of Michmash, the early home of Saul, first King of Israel.

Five years later, an attempted coup against Demetrius back in Syria provided Jonathan with the opportunity for which he had long been hoping. Preoccupied with his own fight for survival, Demetrius posed no threat at all as Jonathan advanced to seize Jerusalem and began refortifying the city’s defenses. Jonathan continued to monopolize on the fractious Seleucid government, playing Demetrius and his rival, Alexander Balas, one against the other. In short order, Jonathan secured his position in Jerusalem and reclaimed his hereditary position as High Priest in the Holy Temple. As the political situation in Syria deteriorated, Jonathan continued to expand his control over Judea.

But Jonathan’s successes in diplomacy ultimately led him too far. When Tryphon, a new king in Syria, marched against Jerusalem, he found Jonathan waiting for him at the head of a much larger army of 40,000 men. Recognizing that he had no hope of victory, Tryphon convinced Jonathan to meet with him in Akko, where he captured Jonathan and subsequently murdered him.

After 17 years of Jonathan’s leadership, his brother Shimon, the last of the five Maccabean brothers, took his place as leader over Judea. In response to Tryphon’s treachery, Shimon threw his support to Tryphon’s rival, Demetrius II. In appreciation, on the 27th day of Iyar, 3619 (142 BCE), Demetrius formally exempted the Jews from their annual tribute and declared Judea fully independent, recognizing Shimon as its sovereign. Twenty-two years after the miracle of Chanukah, the Jews finally gained political autonomy for the first time since the era of the First Temple.

In the course of his rule, Shimon secured the boundaries of his tiny kingdom, repulsed an attack by Antiochus VII of Syria, and led his people into one of the greatest periods of prosperity of the Second Temple era.

Shimon’s own end was less glorious. He was assassinated by his son-in-law, Ptolemy, in the seventh year of his reign. Ptolemy’s ambitions profited him nothing, however, since Shimon’s son Yochanon drove him out of the kingdom. But Ptolemy did succeed in bringing the last of the sons of Mattisyahu to a violent death.

For the family who restored glory to the Jewish people, drove out the Selucid oppressors, resisted the corrosive influence of Hellenism, and returned the divine service to the Temple in Jerusalem, we hardly would expect such an inglorious end. We would also not expect such a mixed legacy: Shimon’s son and grandson both allied themselves with the heretical Sadducees; his great-grandsons began a civil war that resulted in the beginning of Roman rule over Israel and produced the bloody reign of Herod.

Where did the Hasmoneans go wrong?

THE DIVINE RIGHT OF KINGSHIP

Before his death, the Jewish patriarch Jacob prophesied that, “The scepter shall never depart from Judah,” meaning that no tribe other than Judah would ever rule legitimately over the Jewish people (Genesis 49:10). The reputation of Judah Maccabee as a brilliant general and an inspired leader remains unimpeachable. But from the moment he drove the Greeks out of Jerusalem, Jewish law required him to petition the Sanhedrin straight away for the appointment of a permanent leader from the dynasty of David. By retaining national leadership for himself and establishing a precedent followed by his brothers and their descendants, Judah sentenced the Hasmonean line to a destiny of one tragedy after another, until nothing remained but the memory of former greatness. 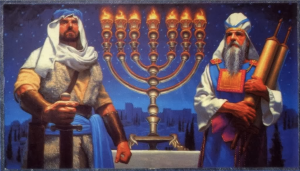 There is another, deeper reason for the inevitable downfall of the Hasmonean dynasty. As members of the priestly kohanim,the Hasmonean family had their mission within the Jewish nation defined by the Torah as purely spiritual. Unlike the large majority of Jews who must strive to balance the pursuit of spiritual ideals with involvement in the material world, kohanim have no occupation other than Divine service and no portion in the Land of Israel other than the Temple itself.

Conversely, the kings, whose royal line descends from David himself, live a life of opulence and luxury, through which they endeavor to achieve an absolute synthesis of spirituality and materialism.
By shouldering the mantle of kingship, perhaps not in name but undeniably in practice, the

Hasmoneans encumbered themselves with the burden of kings — to harmonize the physical and the spiritual — obligating themselves in a service diametrically opposed to the austerity demanded by their intrinsic nature as priests.

Unable to succeed simultaneously as kohanim and as kings, the Hasmoneans condemned themselves to failure and, ultimately, self-destruction when they did not return the leadership of the Jewish nation to its rightful heirs, the descendants of the dynasty of David, the true kings of Israel.