And Justice for All? 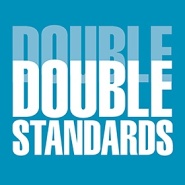 Two Israelis have been sentenced by an Israeli court for the murder of a Palestinian teenager.

A Dybbuk in the White House?

“What gives in the White House? If the genie is out the bottle what made, of all world leaders the most powerful, let it out? Who, or what, is the mischief maker behind the nuclear talks? What spirit runs amok in the corridors of power? The freak alignments lately fashioned point to some fiend on a depraved mission. American bombers now support Iranian troops to keep a chemical-weapon-dropping Syrian madman in power. Saudis and Israelis co-operate to stymie an American-made pact. An emissary from the White House supposedly told the Argentine government not to pursue Iranian murderers of eighty-odd Jews in Buenos Aries. Obama gives tacit blessing to the sale of a Russian ground-to-air missile system to Iran, which will make it more difficult for Israel to flatten those nuclear sites. A US President who sets all this, and more, in motion would have to be possessed.”