Which Road Not Taken?

I recently read an account of a girls’ high school graduation ceremony. The writer described the collective sigh of resignation that whispered through the assembled relatives and friends as one of the graduate-speakers began by reciting Robert Frost’s classic poem, “The Road Not Taken.” The captive audience seemed to anticipate a predictable excursion along the overly well-trodden road of invoking Frost’s verse as a paean to individuality and non-conformism.

Instead, the writer was pleasantly surprised. Departing from the expected formula, the young speaker argued with Frost’s message by defending those with the courage to walk the well-traveled road of tradition in the face of social pressure to reject establishment and convention. It is indeed refreshing to hear the voice of youth, albeit second hand, recognizing the fallacy of a new conformism that preaches non-conformity — or, even worse, anti-conformity.

However, in my days as a student of literature at the University of California, I learned that Robert Frost is among the most famously misunderstood of poets. The attentive reader discovers that it was never Frost’s style to merely paint landscapes out of words or to render such trite messages as “favor the road less-traveled.” Frost had a sharp, unforgiving eye that focused not on the beauties of nature but upon man’s frequent failure to recognize his own place in the natural world.

And so “The Road Not Taken,” like so many of Frost’s poems, ripples with subtle but troubling inconsistencies. Frost asserts that he chose the road

having perhaps the better claim Because it was grassy and wanted wear.

However, he immediately contradicts himself by declaring,

Though as for that the passing there Had worn them really about the same.

So which is it? Were the roads the same or were they different? And if they were the same, then what did it matter which one he chose?

Why did the wood have to be yellow? Since we generally visualize forests as green, would we not expect the wood to be described as emerald, or verdant, or leafy? Why did Frost choose to depict his forest as yellow, the color of the first turning of the leaves with the onset of autumn?

Since Frost is clearly describing not a ramble through the woods but a journey through life, the autumnal image of the yellow wood suggests the last years of middle age, the time when one is set in his ways and resistant to — but not yet incapable of — change. It may be a time when one begins to reflect upon opportunities missed, upon chances not taken, upon the caution that urges the traveler to consider the roads ahead and look

down one as far as I could To where it bent in the undergrowth.

As his choices and options diminish with the anticipated approach of his twilight years, it is here that the traveler through life hopes to catch sight of his final destination before committing himself irrevocably to one path or the other.

Taken thus, the yellow wood represents not the habit of age but the habit of human nature. We favor the familiar, the easy, the undemanding. We resist the unknown, the untried, the untested. When facing decision, human nature prods us along the path of least resistance, the path that poses the least danger, the least challenge and, consequently, the least opportunity for personal growth. 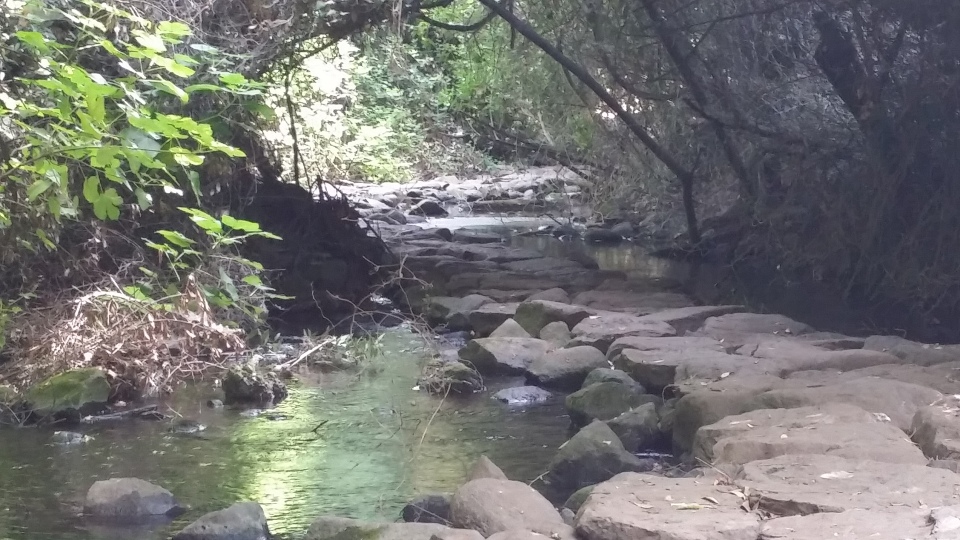 The two roads diverging in Frost’s yellow wood lay equally trodden in absolute terms. But for the narrator, the inclination born of habit predisposed him in one direction, where a different traveler inclined by his own forces of habit might find himself predisposed to take the other path.

And so Frost does not ponder the choice between roads more or less traveled by others, but contemplates which kind of road he has traveled more or less himself. To challenge ourselves with the unfamiliar, to force ourselves to overcome new obstacles, to seek out opportunities to discover new resources of talent, ability, and creativity — these are the pathways that, “somewhere ages and ages hence” will be what “has made all the difference.”

Who is mighty? asks the Talmud. The one who conquers his inclination. Traditionally, we apply this statement to the battle against the desire for physical gratification and amoral self-interest. But perhaps it applies equally well to the inclination of habit and routine. When we fear the unfamiliar, when we refuse to look down new roads for no reason other than because we have never traveled them before, we rob ourselves of the chance to discover the limitless potential with which the Creator has endowed every one of us.

Originally published in 2008 by Aish.com.