If you’ve been following this blog, please accept my warm appreciation for allowing me to share my thoughts and insights.

If you would like to continue receiving these updates, please follow the link to my new site and scroll down to the bottom of the page to renew your subscription:  https://www.yonasongoldson.com/

New look, same articles, videos, and posts grappling with the challenges of calibrating our moral compass and seeking clarity and courage in the battle against ego and the evils of self-deception.

I hope to see you there.  Thanks again.

The Language of Kindness

A Short History of Hazing

“I expect to lose half of you before I’m finished. I will use every means necessary — fair and unfair — to trip you up, to expose your weaknesses.”

This line sets the tone for Louis Gossett, Jr.’s, Academy Award winning role as Gunnery Sergeant Emil Foley in An Officer and a Gentlemen. It’s also a fairly accurate depiction of the drill sergeants address military recruits — especially those training for elite corps.

The philosophy is simple. An army is a team. Every soldier’s life depends on his ability and the ability of his comrades to carry out orders. There is no room for hesitation in battle, no latitude for second-guessing orders, no accommodation for individual objectives or priorities.

In other words, there is no allowance for ego.

A brief time out from all the heavy stuff.  From this month’s issue of The Wagon Magazine. 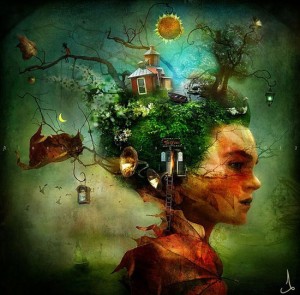 Impressions,
Through a scarlet haze,
And shockwaves,
From each passing phase
Take flight, take wing,
Pretend to sing,
But truly,
They don’t mean a thing.

Insight,
Hindsight,
I-don’t-mind-sight;
Can you see to find the way
That carries us from day to day —
Or is there none?
What’s done is done.
The die is cast.
All’s lost
Or won.

Academic ignorance
Of symbiotic circumstance
Entailing only random chance
Is such a shame.
A formula less erudite
Perhaps could have success despite
Evidence not to the contrary.
But tell me:  who’s to blame?

There was a time,
That waxed sublime,
A moment bought
Without a thought,
But that was then.
So when again,
As shadows fall,
Do we begin?

Confusion,
Self-delusion,
Slightly frightful inobtrusion
All askew,
Are only footnotes on a page,
Wild beasts within a cage,
When I’m with you.

What are Ethics? Part 14 (Corrected): United We Fly 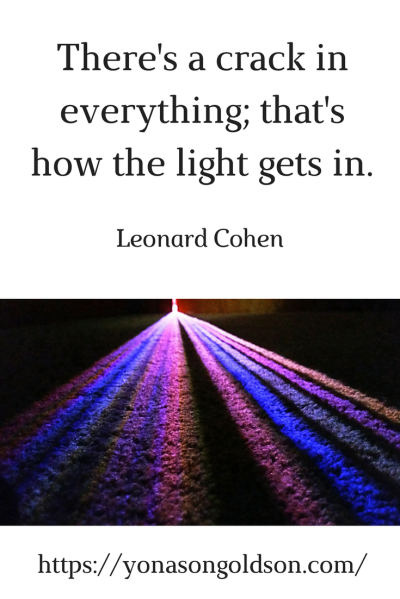 I’ve never made secret my disaffection for Donald Trump.  But within the dark clouds of his campaign and presidency, one bright ray of sunshine may be getting ready to pierce through the gloom:

Even before our new president began settling into the White House, a grassroots movement was already underway, gradually building momentum toward the singular goal of California seceding from the union.

According to the Washington Post, the activist group Yes California has responded to the Trump presidency by mobilizing its minions, which now constitute 53 chapters statewide, determined to gather the half-million votes necessary for getting the measure on the state ballot in 2018.  I encourage readers to donate generously.

And here I offer these sage words of advice to the secessionists:  look south.

Of frogs legs and scorpion tails 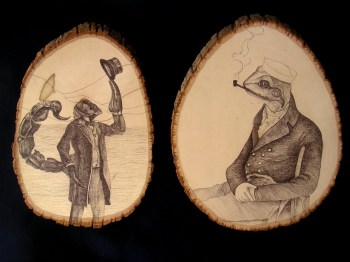 Indifferent to the specter of unleashed state-sponsored terrorism, France and China announced this week that they have joined forces to help Iran develop its natural gas fields.  Apparently, an enriched and empowered radical theocracy is nothing to worry about — assuming the infamous Iran nuclear deal actually ensures any measure of global security.

It’s hard not to recall the parable of the frog and the scorpion:

A scorpion once asked to ride on the back of a frog to reach the other side of a river.  At first, the frog refused, fearing for its life.  But then the scorpion reasoned that the frog had nothing to worry about since, if it stung the frog, it would drown in the river as well.  The frog could not argue with the scorpion’s logic and allowed it to climb aboard.

Midway across the river, the scorpion stung the frog.  “Why did you do that?” cried the frog.  “Now we will both die.”

The truth is that it’s easier to sympathize with the frog than with the French.  The frog wanted to do a good deed and — albeit mistakenly — saw no cause for mistrusting the scorpion.

In contrast, the French and the Chinese want nothing but a larger slice of the world-economic pie, and they are willing to ignore the inevitable long-term dangers for short-term profit.  The mild satisfaction of being able to tell them “we told you so” some years down the line will hardly supply adequate consolation for the precarious state the world will find itself in.

Of course, the allegory is imperfect for a different reason.  France and China are scorpions, too.  Dangerous, irresponsible, and unwilling to change their natures.

At the very least, however, their self-serving self-deception should make us ask ourselves:  Are we frogs or scorpions?  What about the candidates we vote into office?

And if we refuse to change our individual and collective natures, how far across the river can we expect to get?

How to End a Conversation

If you know the answer, don’t text it to your friends.  You might hurt their feelings.

However, just between us, here’s the solution:

But don’t say so out loud.  You might offend someone.

That’s what Professor Celia Klin and researchers at Binghamton University found when they asked undergraduates to interpret text messages responding to an invitation.  Their study revealed that students perceived responses properly punctuated with a period at the end as less sincere and, in some cases, psychologically combative.

In other words, it’s antisocial to be articulate, crass to follow convention, and reprobate to observe the rules.

A Zoo with a View

In the 1920s, comedian Robert Benchley commented that there are two categories of people in the world: people who divide people into categories and people who don’t. He went on to remark that, “Both classes are extremely unpleasant to meet socially, leaving practically no one in the world whom one cares very much to know.”

Groucho Marx may have been thinking the same thing when he famously quipped that he wouldn’t want to belong to any club that would have him as a member.

In all seriousness, it may be high time that we took these humorists and their absurdist observations a bit more seriously.

My first serious exposure to absurdism was back in my sophomore year at the University of California, when my English professor introduced our class to playwright Edward Albee. I was immediately fascinated by The Zoo Story, although I wasn’t quite worldly enough to appreciate the subtext of class warfare and social malaise.

Time would solve that problem. But I was still able to recognize the hidden threads of realism sewn together in a garment of tragicomic incongruity.