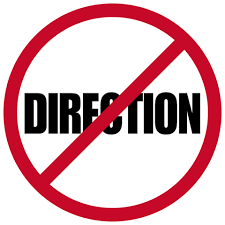 “You just could not make this up,” tweeted Alan Price of the British employment law firm Peninsula.

Of course, I couldn’t have made it up at all, since I’d never heard of Zayn Malik or the boyband One Direction until this morning.  That’s when I learned about the aftermath of Mr. Malik’s change of direction in headline news.

According to the Telegraph, Peninsula received 480 calls from employers asking how to respond to workers requesting compassionate leave so they can grieve over the music idol’s decision to go rogue — and that was just between Wednesday and Friday morning.

One shudders to think how these workers will react when real tragedy enters their lives.  Or maybe they’re so removed from reality that the foibles of the entertainment industry are the only events in which they can find any relevance at all.

But that’s what happens in a world without direction.

By Yonason Goldson in Culture, Society on March 29, 2015.
← The Illusion of Knowledge Higher Education? →