“The  fragile beauty of narcissism.”

That’s the title of a blog post I came across.  The author tries to make the case — in engagingly poetic prose — that arrogance is a virtue.  Having just published a book illustrating how to turn negatives into positives, I was intrigued by his efforts, but fear the gentleman doth protest too much.  We have enough blights upon society without turning more vices into virtues.

The author posits that,

Arrogance is “claiming ownership without justification”, in other words, more commonly, an inflated sense of self-worth. Why is it inflated? Because it assumes that that which is the source of pride endures, when the truth is it does not. 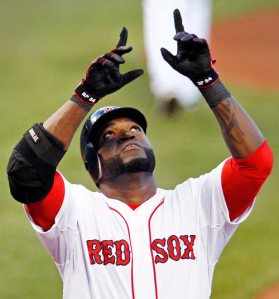 Well, he’s half-right.  “Inflated sense of self-worth” is definitely accurate.  But the real root of arrogance is the assumption the one is the source of one’s own power.

Why is the arrogance of starlets, sports “heroes,” and members of Mensa so irksome?  Because to be born with brains or beauty has more to do with genetics and fate than with innate worth.  And although most successful athletes work and train hard to succeed, a certain amount of inborn talent is requisite to anything they may achieve through practice.

The laudable custom among many (mostly Hispanic) baseballers to point toward Heaven after getting a hit shows the humble acknowledgement that athletic prowess is not one’s own.  With a single, small gesture they remind themselves — and countless spectators — Who is really Number One.

When our innate abilities lead us to believe in our own superiority, we think we have the right to devalue  not only the contributions but the very existence of others.  The Torah describes Moses as both “the most humble man who ever lived” and “the greatest prophet who ever would live.”  Moses’ knowledge of his own greatness did not impair his humility.  Just the opposite — he recognized that whatever ability he possessed came from outside himself, and also how much more he was obligated because of his natural abilities.

To paraphrase a certain president (who meant something else entirely), “You didn’t create that!”

“My point is that arrogance, narcissism, pride, all forms of hubris, are not without aesthetic value. The arrogant man believes, or at least attempts to believe, that he is or has something of unique and special value.”

The author errs by conflating arrogance with self-confidence.  To believe in my own value, to seek to fulfill my potential, and to strive to push myself beyond my comfort zone toward new horizons — all that has nothing to do with arrogance.  Just the opposite:  an arrogant person believes he is already great and therefore has nothing to prove.  In fact, studies have shown that people who overvalue their own worth are less likely to take up challenges lest they expose themselves as frauds.

Humility and modesty have largely gone out of style in our society, which is a loss for us all.  Let’s try to hang on a bit longer to our contempt for arrogance.

By Yonason Goldson in Culture, Personal Development, Psychology on June 9, 2015.
← Jewish Billionaires put their Mouths where their Money is Have you changed the world? →