Home » Personal Development » Why Souls Come Back: A Study of Reincarnation

Why Souls Come Back: A Study of Reincarnation 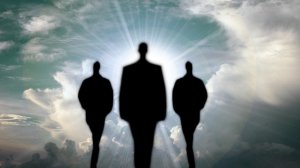 What is déjà vu? Some believe it’s an echo of recognition resonating through the curtain that separates one incarnation from another. For one brief moment, two separate but interconnected lives make contact through a flicker of metaphysical commonality. Maybe that’s true; maybe it isn’t. But a recent study of reincarnation by Dr. Ian Stevenson supports the belief that our souls do in fact return to this world after we die.

One of the most persistent dilemmas in spiritual philosophy is why bad things happen to good people, followed closely by its sister conundrum, why good things happen to bad people. If we believe in Divine justice, why does our world operate according to a system in which justice seems to be the exception rather than the rule?