Home » Communication » Someone is Always Watching

Someone is Always Watching 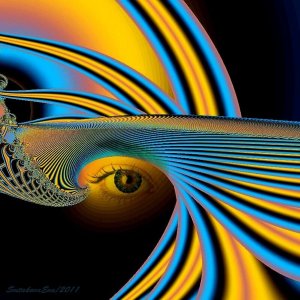 “They did not listen, they’re not listening still.  Perhaps they never will.”

After Hillary Clinton shot herself in both feet with her email indiscretions, after the Panama Papers and Ashley Madison and (assuming anyone remembers him) Rod Blagojevich, you’d think that Debbie Wasserman-Schultz might have gotten the memo, at least by email.

But no, she didn’t.  And who knows what other revelations will be forthcoming from Wikileaks that will bring down the high and the mighty.  In the meantime, the latest outing gives me a chance to revisit these thoughts from last October.

“Someone is always watching.”  Movie fans will recognize this as the punchline from “Ocean’s Eleven,” a glib repartee that ultimately recoiled on Andy Garcia and drove Julia Roberts back into the arms of George Clooney. Political observers might remember it, now that former Illinois Governor Rod Blagojevich is back (briefly) in the news,  as a line the convicted politico should have uttered when he found himself the subject of state and federal investigators.

But just the opposite was true.  The AP reported:

“You would think he would see his life collapsing around him,” said Chicago defense lawyer John Beal, who was in the courtroom with Blagojevich this week and noted how carefree he seemed. “But he was the center of attention and seemed to love it.”

One almost envies Mr. Blagojevich the comfort of his delusions.

At the beginning of the last century, the invention of electric lighting,telecommunication, and cinematography began to change the complexion of modern society.  At the time, the leader of European Jewry, the venerable Chofetz Chaim, observed that the introduction of technologies scarcely imagined a generation before provided a lesson for any spiritually sensitive person to recognize that the Universe is not indifferent to our moral conduct.

Previously, the natural cycle of night and day imposed strict order upon human activity. Because most people in those times could not afford the limitless supplies of candles necessary to transform night into day, all activity was cut short early by the long nights of winter, and only in summer could the workday stretch late into the evening. Now, inexpensively and with the flick of a switch, the night could be expelled and the secrets of the darkness instantly revealed.

Can you say AshleyMadison?

By Yonason Goldson in Communication, Culture, Headlines, Moral Compass, Politics, Society on July 28, 2016.
← A Tale of Too Many Egos In Memorium →