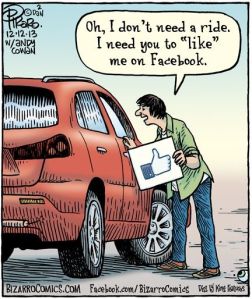 The connection between social media use and depression is old news.  But a new study offers a new insight into the why.

The obvious reason has always been that substituting online “relationships” for genuine human interaction leaves a person feeling empty because of the shallowness of the exchanges.  Now, Ariel Shensa of the University of Pittsburgh School of Medicine offers an additional insight.

Interviewing 1,763 randomly selected participants, ages 19-32, Dr. Shensa and her team discovered that aside from the amount of time spent on social media, the motivation behind that involvement proved a more significant predictor of depression.

According to Lindsay Howard of the Virginia Consortium Program in Clinical Psychology, those who seek recognition and approval through the use of social media are the ones most likely to suffer from a negative self-image and accompanying disorders.  Even less frequent use of social media — when it is used to seek self-validation — becomes a kind of addiction, which is at the root of its link to depression.

So here’s an opportunity to revisit these thoughts from 2010 on the relentless pursuit of fame and the futility of seeking validation from others.

No Tears for Big Brother

Refinement. Poise. Modesty. Graciousness. Integrity. Once upon a time, these were the attributes with which parents hoped to imbue their children, that they might lead rewarding lives and develop healthy emotional relationships.

As a matter of fact, someone did.

Superficially, the excesses of modern society may bear little resemblance to the colorless culture of oppression visualized by George Orwell in his dystopian classic1984. But Orwell’s masterpiece was itself a warning against the insidious threat of superficiality, whether political, social, or economic. Today, Orwell might be dismayed, but not surprised, at how eagerly we have divorced ourselves from reality in every aspect of our lives.

Unsustainable spiraling profits, unsupported by genuine production or service, sounded not a single warning bell until the inevitable bursting bubble caused billions of dollars to vanish in a heartbeat and left millions saddled with crushing debt. The nomination of a photogenic candidate with no experience and no credentials sounded no warning bells to the majority of the electorate who swept him into high office, precipitating the greatest ideological rift in the United States since the Civil War. Most significant of all, the cognitive and social disintegration spurred on by the ubiquitous virtual ports of the computer and television screens suggests a cultural crisis that is already upon us. Time and time again, we choose dreams over substance and learn nothing from our mistakes.

WE HAVE SEEN THE ENEMY…

I still remember vividly how I reacted twelve years ago when I first learned about the new phenomenon called “reality television.” I had just taken my seat on a plane home from New York City, delighted that a departing passenger had left behind a copy of the New York Times Magazine. The cover caption caught my interest, and I turned to the lead story about a new British television show called “Big Brother.” Before I was half-way finished my hands were trembling, and I could hardly stop myself from looking over my shoulder to see if George Orwell was reading the story from the row behind me.

Even for those of us who remember 1984, our overfamiliarity with instant visual communication has diluted the once-nightmarish connotations of the iconic Orwellian telescreen. We don’t value privacy, we can’t cope with isolation, and we dissolve into near-hysteria whenever we find ourselves cut off from our social networks even for a moment. Access means more than substance. Bandwidth means more than content. And Big Brother, the erstwhile symbol of Stalinist totalitarianism, now finds himself transformed into a pop-icon enjoying a successful dozen-year run in Britain, the backdrop for Orwell’s prophetic novel.

Last month, however, the kulturkamph deepened as the producers of the American version of the show announced two new wrinkles for the new season. First was the introduction of “The Mole,” a saboteur placed among the Houseguests to wreak havoc upon every social dynamic. Not only will the sole contestant to survive the season win half a million dollars; now, one of them gets a payoff for stirring up dissension.

Second, and even more disturbing, was the announcement that one of the guests was to be an Orthodox Jew who, by his own account, “will practice all aspects of his religion while living in the Big Brother house.”

No he didn’t. (He was quickly booted). And here is why: 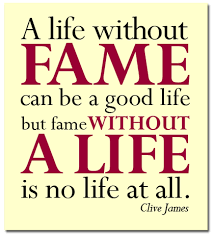 Rabbi Israel Ba’al Shem Tov, the illustrious founder of the 18th century Chassidic movement, once remarked that a pious companion of his youth had been blessed with a life of anonymity, while he, Rabbi Israel, had been condemned to fame. If the rabbi’s disdain for notoriety leave us bewildered, that itself is a symptom of how the superficial values of Western culture have rendered us incapable of understanding that personal privacy is both a virtue to be admired and a treasure to be jealously guarded. Conversely, fame is both a vice and a curse, although one wouldn’t know it from the electronic media’s most successful innovations — the seductive screen of television, the virtual gateway of the internet, and the reinvention of Big Brother.

The way private lives have gone out of fashion today is a blight upon the human condition and a corruption of all that is noble within human potential. To invite anyone who will listen into the deepest corners of our lives constitutes no less a violation than inviting a stranger into one’s bed. And the sale of our souls for 15 minutes of fame leaves us every bit as poor as the sale of one’s body for a few moments of carnal pleasure.

Of course, it’s not hard to understand how we arrived at this point. Our regard for privacy is continually eroded by the inescapable message that renown is the ultimate measure of success. But consider: if private lives were not so dear, why is everyone else trying so hard to steal ours away from us?

So can one uphold the precepts of Jewish Law while pandering for public adulation on international TV? For anyone who one remains sensitive to the Torah’s prescription with regard to fame, most certainly not. Any contestant that sells his personal privacy may be superficially in compliance with the letter of the law and the technical restrictions of the Sabbath and a kosher diet. But he has lost touch with the spirit of the law and has compromised the underpinnings of his faith. Even were he to have won that half a million, he will have paid out far more than he gained, in the cost of his personal dignity and in the sacrifice of his most precious commodity — the priceless gift of intimacy with the Divine.

By Yonason Goldson in Culture, Moral Compass, Personal Development, Psychology, Society on April 6, 2016.
← Marriage of Convenience Why do we think so? →