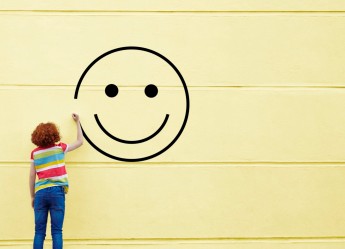 These are the conclusions of the World Values Survey (WVS), published this past July [2008] in the journal Perspectives on Psychological Science. “Researchers measured happiness [in 97 nations] by simply asking people how happy they were, and how satisfied they were with their lives as a whole.”

Based upon survey results, researchers concluded that happiness derives from increased personal freedom, prosperity, and social tolerance. Evidently, it is the acquisition of wealth and the opportunity to use it as one wants without social criticism that makes us happy.

Upon reading these results, Anton Kaiser wondered if something was not rotten in the state of Denmark. The retired career army officer did some research and reported his findings in the Dakota Voice: “Denmark, Puerto Rico, and Colombia are highly literate democracies (98%, 94%, and 93% literacy, respectively), whose people speak primarily one language (Danish, Spanish, and Spanish, respectively), and who are overwhelmingly Christian (Lutheran 90%, Catholic 85%, and Catholic 85%, respectively).”

Kaiser wondered why these statistics did not lead researchers to conclude that opportunity, education, common culture, and religious commitment might have been the relevant criteria for producing happiness. But he didn’t wonder for very long.

THE CITY OF HAPPINESS IS FOUND IN THE STATE OF MIND

Denmark has topped the WVS list of happiest countries for years. The salient characteristics of Danish culture include legalized abortion, legalized prostitution, legalized drug use, legalized same-sex unions. The majority of Scandinavian countries — namely Norway, Sweden, and Iceland — have similarly “relaxed” social mores, and all rank high on the happiness scale. Of course, it may be mere coincidence that the WVS Association has its headquarters in Stockholm, Sweden.

Kaiser began searching for other factors common to the three highest-ranking countries. He also wondered why Puerto Rico — a province of the United States — had been ranked as a country at all.

“I discovered that Colombia began legalizing abortion in 2006, and in 2007 extended social security and health insurance benefits to same-sex couples, and on April 17, 2008, extended pension benefits to same-sex partners … I then analyzed Puerto Rico and, sure enough, its legislature had just rejected a gay marriage ban in June 2008.” It may simply be another coincidence that the WVS rankings came out the following month.

Then again, it may be that the WVS Association is pushing an aggressive social agenda by asserting that happiness is proportional to social permissiveness and inversely proportional to traditional values. One might easily imagine that any addict visiting a den of drugs and prostitution with no fear of legal, social, or economic consequences would rate his own happiness quotient off the charts.

DEBUNKING THE MYTH OF SATISFACTION

The sages of the Talmud address the question of happiness with pithy insightfulness: Who is wealthy? The one who is happy with his portion. In contrast to the researchers who concluded that wealth produces happiness, the sages observe that happiness is the source of true wealth. One need not look far to discover that many wealthy people endure miserable lives, where many who barely scrape by enjoy lives of joy and fulfillment.

Furthermore, the sages consider a person wealthy because he is happy with his portion — not because he is satisfied. Satisfaction results from the attainment of a goal and is usually fleeting; often, we experience sharp pangs of melancholy after the initial rush that accompanies success. Conversely, happiness results from striving toward a goal that is both attainable and worthwhile. It is this struggle that makes us truly happy, and a life spent striving for goals of intrinsic value is a life of immeasurable happiness.

Indulging every whim and impulse may prove pleasurable, but such pleasure-seeking will merely distract one from the lack of purpose that would otherwise make life intolerable. One who anesthetizes himself with chemical substances and sensory stimulation may deaden his receptors to the paralyzing pain of futility, but he knows nothing of real happiness.

THE PURSUIT OF HAPPINESS

The holiday of Sukkos, which follows Rosh HaShonah and Yom Kippur, has been described by the sages as zman simchaseinu — the season of our happiness. A curious appellation for a holiday characterized by exposure to the cool winds of approaching winter beneath a roof of palm branches and bamboo, without either the comforts of the living room or the amusement of electronic entertainment.

Strictly speaking, there is no prohibition against DVDs, video games, or web-surfing in the sukkah, but the spirit of the holiday clearly discourages such distractions. The sukkah — even when elaborately decorated — is essentially a structure of austerity, evoking the distant collective memory of our ancestors wandering through the desert with only simple huts for shelter.

Even by the standards of way back then, the thatched roofs of those Jewish dwellings provided little security. Rather, it was the Clouds of Glory, the manifestation of the Divine Presence, that protected the Jews in that foreboding wilderness and kept them safe from the inimical creatures and hostile elements that threatened them on every side. In the absence of material comfort, with only the manna from heaven to sustain them, the Jews experienced the most profound spiritual joy of divine intimacy with their Creator.

For what purpose did the Almighty engineer the miraculous exodus from Egyptian slavery, hand down His law at Sinai, and lead the Jews toward the land He had promised their forefathers? To light up the world with the glory of heaven, to radiate divine wisdom and justice throughout the world, to inspire all nations  to accept the yoke of morality and virtue.

The sukkah is a microcosm of the world — unfinished and incomplete. It is here, sitting in his humble sukkah, that a Jew today can experience true happiness by rediscovering the unique sense of meaning that comes from being a partner in Creation. After the judgment of Rosh HaShonah and the atonement of Yom Kippur, after struggling to touch the heights of true spiritual awareness, the holiday of Sukkos brings us back down to earth, reminding us that freedom and wealth become the source of genuine happiness when we see them not as ends in themselves but as tools to use in pursuit of a higher purpose.