“A Belgian city has come up with a solution to the problem of pedestrians bumping into other people while sending text messages from their mobile phones.

“Antwerp has given smartphone users their own designated lanes, where they can walk while texting or looking at their mobiles without irritating or endangering others.

“The narrow corridors are marked “text walking lane” in English on a number of busy pedestrian shopping streets in the city centre.

“Negotiating the corners is likely to remain challenging for people whose eyes are glued to their phone screens.”

Philadelphia did this last April Fool’s Day as a joke.  When life imitates art, should we laugh or cry?

The question answers itself:  is there really anything funny about people too preoccupied to watch where they’re going who need the government to step in and protect them from themselves?

Embrace the Unknown and Discover Joy

Question #1: You’re at an auction.  Item #12 is a set of six glass goblets.  Item #13 is a mystery set of either four or six glass goblets… you’ll only find out once the bidding is over. Which item is likely to go for a higher price? Needless to say, you would be willing to pay more when they know you’re getting six goblets than you would if you might end up with only four.

Question #2: You’re working at a job for which you will be paid $20. The person next to you is doing the identical job, but doesn’t know whether he will be paid $10 or $20. Who is going to work harder? Needless to say, you will, since you know that you’ll be paid at least as much and maybe twice as much as the other guy.

But guess what? Research shows just the opposite.

Why we love conspiracy theories

Why do we love conspiracy theories?  New Scientist Magazine weighs in. 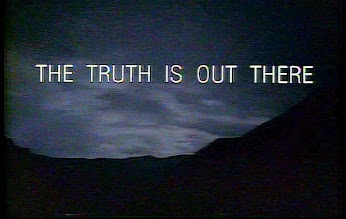 In short, we want the world to make sense, so ideological cabals and aliens offer a more attractive solution to the appearance of randomness than does randomness itself.  On the one hand, we have to temper our impulse to impose order on chaos by reining in our imaginations with common sense, logic, and civil discussion.On the other hand, this reveals our deeply rooted conviction that there is a purpose to our existence and that there is true meaning in our lives and in our world.
Loading Comments...
Comment
×