Home » Culture » The War to End all Wars

The War to End all Wars

Originally published by Jewish World Review in September, 2001, two weeks after the attacks on the Twin Towers. 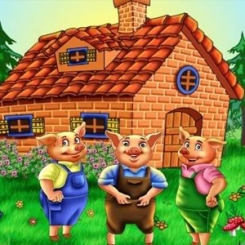 Society teaches values to successive generations through its children’s stories. The story of the Three Little Pigs is one of our most enduring fables, teaching the importance of good planning and disciplined effort. But it also carries with it a more subtle message, that safety rests in our own hands and our own labors, that security can be bought for the price of a pile of bricks and a bucket of mortar. This ideal, if it was ever true, went up in flames together with New York City ‘s skyline and Washington’s military nerve center on September 11.

More appropriate now than the Three Little Pigs is Robert Burns’s adage about “the best laid schemes of mice and men.” Indeed, the World Trade Center towers were each designed to absorb the impact of a 727; what the architects failed to factor in was how the fuel carried aboard a transcontinental airliner would create an inferno capable of compromising the structural strength of steel support beams. Of course, we don’t blame the architects; none of us imagined the acts of incomprehensible evil that brought down those towers. 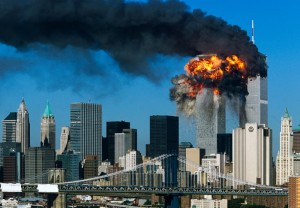 Which is precisely the point. We cannot imagine the design and the reach of evil. We can make our best effort, erect walls of brick around ourselves and roofs of steel over our heads, but we will never be completely safe. The world is too unpredictable an arena, the mind of the wicked too dark a cavern.

As if to drive home the instability of temporal existence, observant Jews around the world will disrupt their normal lives this week by moving out of their homes into little stick houses to live as our ancestors lived in the desert after their exodus from Egypt. But more than an attempt to recreate the experience of a fledgling nation traveling toward its homeland, the holiday of Sukkos offers us an opportunity to attune our minds to a most fundamental principle of Judaism — that however great our strength and the might of our own hands, however elaborate and well conceived our plans, life strews unexpected obstacles in our path that can scuttle our most certain victories and demolish our most solid edifices.

A sukkah may be built of virtually any material: wood, brick, steel, canvas, or even string may be used to construct its walls. But no matter how stable or how precarious its walls, the roof of a sukkah must be composed of s’chach, thin strips of wood or leaves, through which the light of the stars can shine at night. And when one sits in the sukkah and looks up at the s’chach — the barest representation of a roof that won’t protect him from even the lightest rainfall — he is inspired by the recollection of his ancestors who trusted in the protection of the Almighty, the One who took them out from under the rod of their oppressors and guided them through the inimical desert before bringing them safely home.

In his visionary writings, the prophet Ezekiel describes a great battle on the eve of the messianic era, when the all forces of evil in the world combine themselves into a great army called by the name Gog and Magog. The brilliant eighteenth century thinker Rabbi Samshon Raphael Hirsch interprets the prophet’s vision not as a military battle but as an ideological war between the philosophy of gog — “roof”– and the philosophy of sukkah, where those convinced that their fate lies in the power of their own hands and their own resources will attack the values of those who recognize the limits of human endeavor to influence the world.

In the immediate wake of the World Trade Center destruction, cries rang out for vengeance and military retribution. Since then, more measured voices have asserted that this war will be like no other, without defined enemies or defined borders, without clear strategies or decisive victories. This is an unfamiliar kind of crisis, where we find our capacity to respond in our own defense or to secure our own future profoundly diminished in a new world order.

So now the citizens and leaders of the world’s last remaining superpower must grapple with the uncertainties of a violent present and a murky future. Some will respond by declaring that we must work harder to take control of our own fate. Others will concede that we will never be secure again. And they will be right: no building, no bunker, no shelter made of brick or concrete or iron will guarantee our safety from the perverse imagination of extremists who can rationalize indiscriminate mass murder. 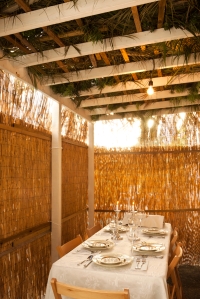 Yet for all that, the Jew sitting in his sukkah will look up at the heavens and be at peace. He will recognize that the best laid schemes often come to naught and that, after doing all that can be done, we are best off leaving our fate in the hands of the One who placed the stars in their courses, the One from whom protection ultimately comes for those who trust not in their own strength, but in the source of all strength.

As the winds of autumn blow with the first hint of winter, we may shiver with cold but never with fear. The illusion of the roof we can see reminds of the invisible reality of the wings of the Divine presence. We neither abandon ourselves to fate nor try to seize hold of it, but turn with confidence to face the future, secure in the knowledge that we have prepared ourselves as best we can to meet whatever life holds in store for us.

By Yonason Goldson in Culture, Moral Compass, Philosophy on September 25, 2015.
← Gaining Entry to the Glorious Kingdom Finding Reason in the Midst of Chaos →