Home » Culture » Finding Reason in the Midst of Chaos

Finding Reason in the Midst of Chaos

After last week’s Oregon massacre and last month’s Virginia shooting, it’s worth looking back on these thoughts from the days after the 2013 Boston Marathon bombing: 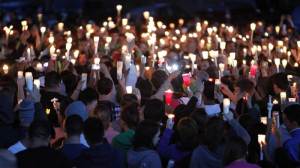 Zebadiah Carter describes himself living in “an era when homicide kills more people than cancer and the favorite form of suicide is to take a rifle up some tower and keep shooting until the riot squad settles it.” In 1980, this remark by the main character in a Robert Heinlein novel sounded like the science fiction that it was. Now it echoes like a prophecy.

Random acts of mass violence in the United States still horrify us but no longer shock us. We’ve heard too many stories, seen too many pictures. And too many of them are depressingly the same:

And those are only the bloodiest atrocities going back to 2007. The Columbine school shooting in 1999 adds another 39 victims to the tally. And, of course, Timothy McVeigh’s bombing of the Federal Building in Oklahoma City in 1995 claimed 168 lives and injured nearly 700.

Now we have to try and make sense of this latest act of senselessness — the Boston Marathon bombings, which shattered an iconic American institution and shook our already precarious sense of order and security.

Amidst all the suffering and all the investigation, the question we most want answered is why?

We’ve asked the same question before. According to reports, Adam Lanza was bullied as a student at Sandy Hook; Eric Harris and Dylan Klebold were bullied at Columbine High School; so was Timothy McVeigh as a boy in Pendleton, New York. There were also histories of psychiatric problems, as there were with Seung-Hui Cho before his attack on Virginia Tech, James Eagan Holmes before Aurora, and Nidal Malik Hasan before Fort Hood.

But these explanations offer little in the way of real answers. Almost all of us were bullied when we were younger without seeking murderous retribution against our tormentors, and most of us can lay claim to at least some kind of neurosis. More to the point, why is random violence on the rise, if the root causes have been around for generations? According to data assembled by Mother Jones Magazine, nearly 40% of mass shootings since 1982 have taken place in the last seven years (excluding robberies and gang-related incidents). If so, what has changed? And can we expect it to get worse?

Ultimately, it may be all about control. “These kids often feel powerless,” psychiatrist Peter Langman told LiveScience. “The one way they can feel like they’re somebody is to get a gun and kill people.”

“Out of control” is a term that seems increasingly characteristic of the world we live in. On the one hand, technology provides us with the power of information, opportunity, and access at a level unimaginable barely a decade ago. But on the other hand, our inability to manipulate so much power leaves us feeling both frustrated and inadequate, while the triumphs of others make us feel like pawns in a game we can never win. With the world at our fingertips, success and happiness remain damnably elusive. 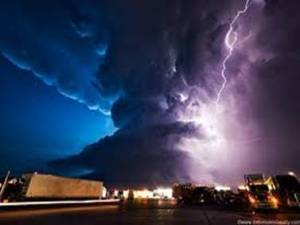 And so we flail about with increasing desperation, constantly trying to push ourselves just a little harder and work just a little faster. Day by day, our sense of anger and resentment toward a society that promises so much and delivers so little builds within us until we feel ready to explode. In a world gone mad, what else can we do but get mad at the world?

The fallacy, however, is the world has not made sense since the beginning of time. Last weekend, Jews around the world paused in the midst of their Sabbath morning services to read the Book of Ecclesiastes,  compiled over a lifetime by King Solomon, the wisest of all men, in his search for meaning and justice:

And I returned and saw under the sun that the race is not to the swift nor the battle to the strong, neither is there bread to the wise, nor riches to men of understanding, nor yet favor to men of knowledge; but time and death will overcome them all.

Really, all that has changed is our expectation. We have been taught to believe that anything we desire is within our grasp, that we are entitled to the love of poets, the wealth of kings, the pleasures and the power of the gods. Our culture has etched upon our collective consciousness the inalienable right to life, liberty, and the pursuit of happiness. And although Thomas Jefferson had the wisdom not to assert the right to happiness itself, that subtle distinction is lost on most of our generation.

Given the fantasy images of Pixar and Dreamworks, the superhero illusions of the silver screen, and the miracle gadgets that fit in the palm of our hands, what can we expect from a youth wholly unprepared for reaching the age of responsibility? And when they confront the seeming impossibility of leaving their mark on the world through any positive contribution, why should we be surprised when they choose violence as their final recourse to make the world take notice of their existence?

And yet, for all that, Solomon himself did not give in to despair and hopelessness, despite the words of lamentation with which he begins Ecclesiastes:

Futility of futilities — all is futile!

But it is not Solomon’s opening words that contain his ultimate message. It is the words he offers at the end, in sharp contrast to all the observations he offers before:

The sum of the matter, when all is heard: Fear the Eternal and guard His teachings, for this is the entirety of Man.

Viewed superficially, this world is a place of chaos, without rhyme or reason, without justice or pity. Says Solomon: do not look at the outer trappings of creation, but search for the nobility of man. Recognize the greatness that compels a 27 year old first grade teacher, with scarcely a moment’s notice, to give up her life in the protection of her innocent charges. Admire the reflexive heroism of bystanders who rushed to help the injured at the finish line, without regard for whether another explosion might make them victims themselves. Do not lose hope in the face of wanton violence, but take inspiration from the lofty heights to which Man can rise.

In the marathon of life, some finish and some fall. But greatness is measured by perseverance, by pursuing the unique potential that resides within each of us us, by our determination to choose good over evil and show the world that the divine spark of the human spirit will never die.

By Yonason Goldson in Culture, Moral Compass, Society on October 8, 2015.
← The War to End all Wars South Carolina and the Great Flood →