Home » Culture » The Candles and the Tree

The Candles and the Tree 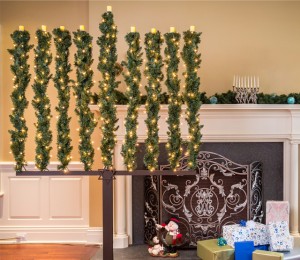 It was the December after my ninth birthday. A menorah rested on the bookshelf over the television console. Across the room, beside the fireplace, the lights of a tree twinkled red and green and blue. I was standing next to my mother as she held a candle in her hand. My father wasn’t there. He wasn’t into these things.

My mother lit the lone candle, ushering in the first night of Chanukah. She didn’t recite the blessing. She didn’t know it. I remember watching the wick catch, watching the flame grow bright, and asking myself, “Now what happens?”

“We light the candles for eight nights because the oil burned for eight days,” my mother had told me. What oil? I wondered. But something about her brief explanation stopped me before I asked. Maybe she didn’t know, either.

A year or two later, at my suggestion, the menorah had disappeared and only the tree remained. Waiting for the morning of December 25th when all the presents could be opened at once seemed far more dramatic than diluting the experience over a week, especially when those wrapped boxes mysteriously appeared under the tree day after day over the course of almost a whole month. Chanukah just couldn’t compete.

Only two decades later did I come to appreciate how much my own experience had truly been a Chanukah story.

SEEKING SPIRITUALITY FROM A TO ZEN

When I went away to college, I left behind the tree with the menorah. December 25th had become as irrelevant as Santa Claus, and I preferred an envelope with a check to wrapped presents that would most likely be returned for credit. I eagerly adopted the ambivalent agnosticism of so many of my peers, celebrating dormitory weekends by emptying six-packs rather than observing commercialized annual holidays with empty rituals.

Sometime toward the end of my university career I found myself attracted to Zen. Not in the traditional style, with its practices of discipline and self-mastery, but the pop-spiritual variety learned from Zen and the Art of Motorcycle Maintenance and similar modern scriptures.

Aligning myself with the spiritual energy of the universe became my goal. I wanted to choose good over evil because, ultimately, that brought good karma and tranquility. Surely, this was the road to Truth.

But we all know which road is paved with good intentions. As sincere as I may have been in my aspiration to travel the road to Truth, I found with annoying frequency that when my desire to do good clashed with my desire to indulge amoral self-interest, good threw in the towel at least two times out of three. Forced to take stock of myself, I had to concede that, for all its high-sounding ideals, a spiritual discipline that produced no moral discipline wasn’t worth its mantras.

TOO LATE FOR THE HIPPIES 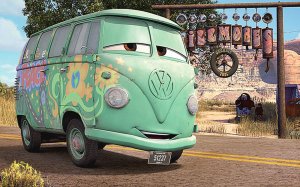 I hadn’t developed much discipline in my academic life, either. Oh, my grades were good enough, but four years studying English literature and writing had left me with neither gainful employment nor vocational direction. It was 1983, a decade late to join the hippies or beatniks, but that didn’t stop me from swinging a backpack over my shoulders and hitchhiking across the country. If I hadn’t found Truth in the ivory tower, perhaps I might find it in the heart of America.

Sixth months crisscrossing the country brought me no closer to Truth, but it did whet my wanderlust, and I soon boarded a flight across the Atlantic to continue my journey through Europe, after which Africa, Asia, and Australia lay upon my horizon.

Half a year into my journey, Europe ended with a short hop across the Mediterranean to Israel, where I sought to have a classical Jewish experience — volunteering to pick oranges on a kibbutz. But it was December, with little agricultural work to be done; moreover, the dollar was strong, resulting in some 9 million American tourists in Europe, many of them draining south into Israel as winter weather set in. I found the kibbutz placement office blocked by a line of 20-somethings camped out like they were waiting for tickets to a Rolling Stones concert, oblivious to the signs screaming, NO PLACEMENTS UNTIL JANUARY.

Desperate for a break from the stresses of travel on a shoestring, I cast about for some way of imposing routine upon my life before departing for Africa and, somehow, found myself invited to attend yeshiva.

Yeshiva? The word was unfamiliar, but the offer of a bed, hot meals, and a daily schedule of classes proved irresistible. It was two weeks before Chanukah, and I would finally learn about the secrets of the menorah and the miracle of the oil.

THE CLASH OF CULTURES

Although a period of peaceful coexistence followed Alexander the Great’s occupation of the Land of Israel, it didn’t take long after Alexander’s death before the ruling governments began to feel first discomfited and later threatened by their Jewish subjects and the Judaism they practiced. Greek philosophy recognized man as the pinnacle of creation, perfect in his accomplishments, answerable to no one but himself. Greek mythology embraced a pantheon of gods characterized by caprice and selfishness, by lust and vengeance, thereby sanctioning similar behavior among men.

And even though it was no longer the Greeks who controlled Israel, the Ptolemys of Egypt and later the Seleucids of Syria had thoroughly absorbed the cultural values of the empire that had briefly ruled over them.  How offended they must have been by a Jewish society devoted to self-perfection through submission to a divine code of moral conduct.

When they could no longer tolerate the Jewish threat to their ideals, the Syrian-Greeks contrived to destroy Jewish ideology. Whereas their predecessors, Babylon and Persia, had turned to violent oppression, the cultural successors of Alexander’s empire posed a much more subtle danger: in place of physical violence or outright prohibition of Torah observance, Antiochus IV of Syria banned only three practices: the Sabbath, bris milah (circumcision), and Rosh Chodesh, the sanctification of the new month.

The Sabbath testifies to the divine nature of the physical universe:  without this weekly reminder, we easily loose touch with and ultimately forget our relationship with the Creator of all. Bris milah testifies to the divinity of life:  it is the sign of our higher calling, reminding us that we can control our physical impulses rather than allowing them to control us, that each of us is a work-in-progress striving toward self-completion and self-perfection. Rosh Chodesh testifies to the divinity of time:  it is the ceremony that fixes the calendar and imbues the Jewish holidays with an intrinsic holiness. Without Rosh Chodesh, placement of the holidays would become arbitrary, leeching all meaning from them the way American Federal holidays have lost all substance in the eyes of most Americans.

The Jews refused to submit, and in the end the Syrian-Greeks resorted to more draconian decrees and eventually violent repression. But their plan had been sound: had they succeeded in stopping our adherence to those three basic precepts, they would have succeeded also in reducing Torah observance to an empty ritual, one that might have continued on for generations, but would have quickly become bereft of all meaning and spiritual significance. For this reason, the observance of Chanukah always includes one Sabbath, always passes through Rosh Chodesh, and is eight days long as a remembrance of the bris, the covenant between the Jew and his Creator.

Chanukah celebrates victory not only over our Grecian oppressors, but also over the Hellenists, those Jews who promoted a new syncretism of Judaism, wherein they hoped to intermingle Jewish practice with that which they found most attractive in Greek culture. The Maccabees recognized the absolute incompatibility between Greek ideology and Jewish philosophy, and they foresaw that ultimately one would have to prevail over the other. Without staunch defenders fighting for Jewish identity, the torch of Judaism would inevitably be extinguished and only the tree of foreign culture would remain.

Despite the victory of the Maccabees, the threat from Greece did not disappear. To this day it persists in its cultural assault against the values of Jewish tradition. The nine year old boy in America, or Britain, or even in Israel, who looks at the Chanukah candles and wonders what they mean, who sees no difference between the flames of the menorah and the twinkling lights of the tree, testifies to the victory of the Greeks.

But not every child has forgotten the lights. The rekindling of the menorah each year reminds us that the torch of Jewish tradition continues to illuminate generation after generation and dispel the darkness of apathy and assimilation. However much the ideological descendants of the Greeks strive to extinguish the lights, the eternal flame that burns within the soul of the Jewish people still shines on and on.

In my own observance of Chanukah, I rejoice that my own children have grown up not only with the lights of the menorah, but with a growing understanding of what they mean. I’m grateful that I’ve been able to give them what my parents were unable to give me: self-knowledge, the greatest weapon against cultural extinction.

Through the generations and across the world, the Jewish people have successfully adapted to living as guests among disparate societies, but only by retaining a strong sense of our history, the values of our heritage, and a familiarity with the culture that keeps our sense of identity alive and vibrant. Compromise these, and the Jew, together with his Judaism, will surely vanish. Preserve them, and we guarantee that the victory of the Hasmoneans over the Greeks will be renewed in every generation as a victory of the Jewish people over assimilation.

Originally published in the St. Louis Jewish Light and Aish.com.

By Yonason Goldson in Culture, Moral Compass, Society on December 7, 2015.
← Why Jews are Liberals The Secret of the Dreidel →