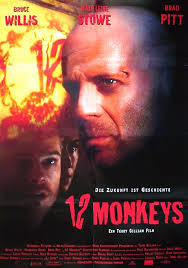 It may be the real-world incarnation of 12 Monkeys, the cult flick in which Bruce Willis goes back in time to save mankind and inadvertently causes the holocaust he is trying to prevent.

Sean Penn has traveled far and wide to uncover the warm, fuzzy side of such political personalities as Hugo Chavez and Raul Castro.  We can only speculate on the motives behind his latest adventure, an elaborately staged meeting with El Chapo, the infamous Mexican drug kingpin Joaquin Guzman, who was recently recaptured after escaping from his maximum security prison cell.

Irony of ironies, it was Sean Penn himself who inadvertently led authorities to Guzman’s location. And although Mr. Penn has had little to say about his role in the apprehending of El Chapo, it’s tantalizing to wonder whether he might seek help from Bruce Willis to travel back in time in hope of undoing what he has done.