Home » Headlines » Is it too late to let freedom ring once more?

Is it too late to let freedom ring once more? 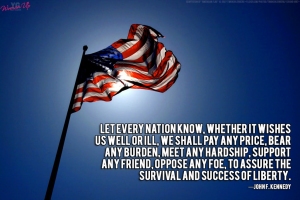 Facebook has confessed that stories appearing on its supposedly-unbiased “Trending Topics” were manipulated. Rather than risk allowing its one billion active users exposure to the corrosive influence of conservative commentators, Facebook’s “news curators” decided to doctor the list of headline stories to favor left-wing political leanings.

In other breaking news, the sky is still blue, the grass is still green, and the loudest proponents of freedom are still laboring mightily to impose their vision of freedom on others.

Freedom of speech has been on life-support for decades already, wracked by the infectious scourge of groupthink, political correctness, and moral equivalence. College newspapers have routinely been stolen by students and even administrators for espousing politically incorrect views. Speakers of all ideological stripes have been shouted down, sometimes even by groups they support. Recently, a petition circulated among Yale students to repeal the First Amendment (including, ironically, the right to petition) collected 50 signatures in one hour.

The real death of free speech stems from the death of credibility. News organizations have abandoned even the pretense of objectivity or accuracy. The line between reporting and editorializing is consciously and persistently blurred. Elected officials and presidential candidates show such utter disregard for the truth that they don’t even attempt to disguise their prevarications, much less apologize when caught in the act.

But it’s the corruption of language itself that may pose the greatest danger to what remains of the institution once called Truth.