Home » Culture » Rosh Hashanah and the Mysteries of the Universe

Rosh Hashanah and the Mysteries of the Universe 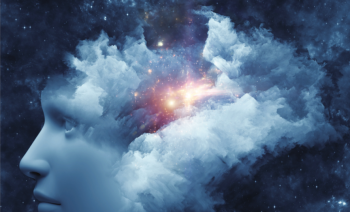 96% of the matter in the universe is invisible. Mysterious “dark energy” is pushing all of space apart. Empty space is not really empty, but filled with subatomic “foam.” At least seven parallel universes exist, each a trillionth the size of a proton.

Guess again. According to an article in U.S. News and World Report, these hypothesized phenomena represent the mainstream of current scientific thought.

In the wake of observations reported last March by NASA’s Wilkinson Microwave Anisotropy Probe, astronomers and physicists are resorting to these and other fantastic models to explain anomalous temperature variations in the background radiation permeating the heavens.

And who knows? They may be right. After all, once upon a time a round earth, a heliocentric solar system, and manned flight were all scorned as flights of the wildest fancy. Perhaps entire universes really do exist, wrapped up in a particle of dust beneath your finger nail.

On the other hand, increasingly complex and convoluted theories begin to look like the frantic flailings of scientists drowning in the mysteries of human existence. Indeed, one noted physicist confessed that, if he’d been presented with these theories not long ago, “I’d either ask what you’ve been smoking or tell you to stop telling fairy tales.”

Of course, one almost has to feel sorry for these scientists. Every discovery, every revelation, every insight, opens up a new Pandora’s Box of inexplicable phenomena. A few short decades ago, we knew of about half a dozen known sub-atomic particles. Today there are hundreds, with the number growing all the time, and often only the haziest guesses as to why they exist. Relativity theory and quantum theory both seem to describe the workings of the universe, but only the most strained and unproven theory suggests how to unite these two approaches. 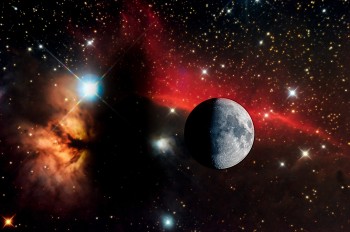 It’s almost enough to make one contemplate — dare we say it? — Divine Creation. Indeed, man’s desire to plumb the secrets of the universe is nothing new. Newton, Descartes, Galileo, Aristotle, all of these and many others grappled with physics and metaphysics in their labors to comprehend the vast expanse of time and space that stretches toward the boundaries of existence.

But long before the first scientist or philosopher raised his eyes to gaze into outer space and contemplate the stars, another man searched inner space seeking understanding. His name was Job.

A righteous man who lost his fortune, his family, and his health, Job questioned whether there was any rhyme or reason to explain the suffering of the righteous and the prosperity of the wicked. And as he sank into the mire of self-pity and nihilism, a Voice from above answered him:

“Where were you when I laid the foundations of the earth?” asked the Almighty. “What is the path where light dwells? And darkness, where is its place, that you may take it to its boundary, that you may understand the paths of its home?”

The Creator never explains Job’s suffering, but He does provide Job with the answer that restores his faith: The complexity of creation is not only more that you know, but more than you can begin to imagine. Every star above you in the sky, every drop of water in the sea, and every grain of sand upon the shore resides in its place and follows the course chosen for it; so too is every seeming whim of fate rather an unfathomable pulse from the primordial machine that steers the unfolding of eternity.

And so we say in the Rosh HaShanah liturgy, “This day is the anniversary of the beginning of Your handiwork, a remembrance of the First Day.” As we stand in the murky spiritual twilight between the end of one year and the start of another, we contemplate that amidst the mystery and uncertainty that surrounds us, one constant offers us security and safety if we take hold of it: the indivisible relationship between the Creator of all and His ultimate creation — Mankind, for whom He brought all else into being.

This day. This day of Rosh HaShanah begins a new year, a new season, a new opportunity to draw near to the Master of Creation. This day offers us a poignant reminder of how to cling to the godliness the resides within us, to strive to become more devoted in our relationships and less demanding in our expectations, more focused on others and less fixated on ourselves, less passionate about material gain and more ardent in our pursuit of spiritual fulfillment. 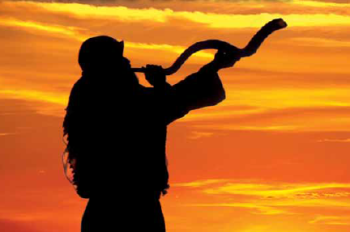 This day reminds us that we hold in our hands an awesome privilege, as well as an awesome responsibility. How willingly are we seduced into looking for simplistic solutions to the moral and ethical dilemmas that life throws at us day after day? How longingly do we embrace superficial cliches and bromides that urge us to pull the warm covers of apathy over our heads?

This day. Rosh HaShanah is our wake up call, and the sound of the shofar signals our reveille to open our eyes and behold the breathtaking magnificence that is Creation. And if our minds reel as we try to grasp the limitless expanse of the universe, we can yet grasp onto this certainty: that the One who placed us in its midst has revealed Himself through His Word and has given each of us a priceless gift, no less than the sand and the sea and the stars — an indispensable role to play in the completion of His masterpiece and the means through which we can become one with the infinite and with the divine.

By Yonason Goldson in Culture, Philosophy, Science and Nature on September 27, 2016.
← Guest Post: Are you as happy as you should be? Rooting for Everyman →