When does encouragement turn deadly?

A New York Times article last month highlighted suicide clusters among Palo Alto high school students over the past few years.  Many believe the reason lies in mixed messages from parents who tell their children to do their best and be happy, but who clearly won’t be happy themselves if their children’s best doesn’t get them into Ivy League universities.

Dr. Glenn McGee, the district superintendent, thinks that parents don’t get it.  “My job is not to get you into Stanford,” he said he tells parents and students. “It’s to teach them to learn how to learn, to think, to work together — learn how to explore, collaborate, learn to be curious and creative.” 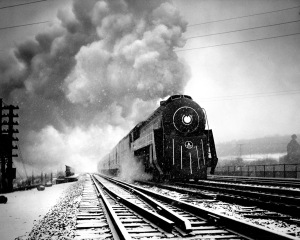 But the pressure to compete and perform remains.  During this past school year, three boys laid down on local train tracks and took their own lives.  Their parents’ words of assurance couldn’t offset the pressure of uncompromising expectations.

Indeed, one wonders whether Dr. McGee gets it himself.  “Can we put sensors up there?” he wonders, suggesting some sort of system to alert the train operators. “This is Silicon Valley. There ought to be something we can do.”

But the solution isn’t to monitor the train tracks.  As the old cliche goes, you don’t save people from falling of a cliff by putting an ambulance down in the valley.

The only answer is to change the culture so that success is measured not by standardized test scores and status but by cultivating individual talents and the attitudes that contribute to a healthy society.  When parents make it their mission to fulfill each child’s unique potential  — and not to satisfy their own dreams — then children are likely not only to meet parents’ expectations but to exceed them.

By Yonason Goldson in Culture, Education and Childraising, Society on May 12, 2015.
← Fighting for whose rights? Dining on Bound Grief →