Home » Communication » How we move forward

How we move forward 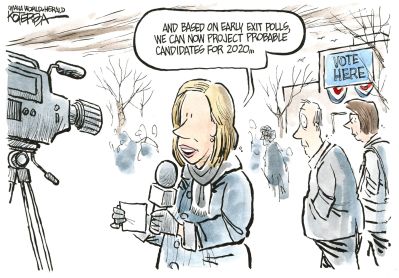 Too many voters held their noses yesterday as they entered the polling booth to vote for the candidate they considered least toxic. A smaller number could only make peace with their conscience by voting for some unexceptional third-party candidate. Then there were those who couldn’t bring themselves to vote at all.

Will the country survive this winter of our discontent? Only time will tell. But the question that lingers in the aftermath of electoral acrimony is this: are we going to start this all over again in two more years?

Sadly, we just might. Back in January, David Gelertner proposed in the Weekly Standard that the problem with the political left is that liberalism has become their new religion. For most people, religion is not a rational but an emotional commitment that emerges from some amorphous inner voice or feeling. And when people cannot defend their religious beliefs intellectually, they lash out with disproportionate ferocity at anyone who challenges those beliefs. Mr. Gelertner argues that the irrational dogmatism of many liberals bears less resemblance to political discourse and more to the religious fervor of blind faith.

He’s right, of course. But he’s wrong when he contends that this is overwhelmingly a phenomenon of the left.