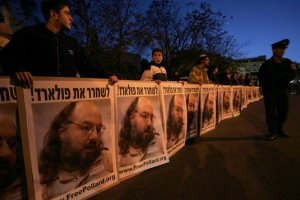 The case of Jonathan Pollard was more complicated than most people understood.  His actions may have placed others in danger, and may have contributed to the death of agents he compromised.  But almost everyone agrees that his punishment was disproportionate to his crime, and the sense of joy upon his release is more than justified.

The real take-away is this:  whether one agrees with or disagrees with what Mr. Pollard did, he followed his conscience, and he was prepared to accept the consequences of his actions.  If only more of our fellow citizens and more of our political leaders demonstrated the same courage and conviction.

Of course, not everyone’s moral compass is adequately calibrated.  Edward Snowden also believed that he was following his conscience, and the morality of his actions is far more questionable for his having caused more damage by far than did Jonathan Pollard.

The Nuremberg trials after WW II changed forever the interrelationship between civil and moral law.  No longer would it be legitimate to claim “I was only following orders” as a defense for crimes against man.  A soldier has an obligation to refuse to carry out an immoral order, even if by doing so he puts himself in danger of court martial.

We should all consider ourselves foot-soldiers in the culture wars that threaten our society.  But moral obligation implies more than just following our conscience.  It means investing the effort, energy, and thought necessary to understand the decisions we will have to make and their consequences.  Otherwise, our claim to the moral high ground can become a smokescreen to hide our moral irresponsibility.

That’s what makes Jonathan Pollard a hero in the eyes of so many, and Edward Snowden, perhaps, something very different indeed.

By Yonason Goldson in Culture, Moral Compass, Society on November 20, 2015.
← The Ostrich Mentality The Legacy of Woodrow Wilson →